Water scarcity is one of the greatest threats to agriculture, and its impact on global food security is severely exacerbated by our changing climate (Farrant, 2020). Food security exists when everyone has access to enough safe and nutritious food that meets their dietary requirements in a way that can be sustained into the future (FAO, 2009). This is yet to be achieved worldwide, and the many scientific and socio-economic approaches to solving such a vital issue are far beyond the scope of this article. However, an intriguing approach can be found in the study of the resurrection plant.

Plants have evolved a range of coping mechanisms for drought which can be divided into avoidance, escape, tolerance and recovery. Strategies of drought avoidance aim to maintain key physiological processes, like root growth and stomatal regulation, during moderate drought conditions. In contrast, drought-tolerant plants can withstand severe dehydrations with mechanisms like osmotic adjustment (Ullah et al., 2017). Collectively, rice, wheat and maize make up the bulk of our plant food supply. The strategy of annuals like these is to grow only in the rainy season and then produce dry, very drought tolerant seeds to survive the rest of the year. As a result, the vegetative tissue does not need to have any great tolerance to water loss which means that unexpected changes to climate can have devastating effects (TED, 2016).

Resurrection plants (RPs) are tolerant of extreme water loss through a set of complex mechanisms still being uncovered. As the name suggests, RPs seem to return from the dead with the addition of water, uncurling through the course of a day from a crisp brown bundle into a fully photosynthetic plant. Far from dead, RPs achieve a state of dormancy through a complex pathway involving multiple genes, our knowledge of which has steadily increased with the development of next generation sequencing technologies (Bechtold, 2018). Firstly, the activation of a “stress mode” completely shuts down photosynthesis and causes the overproduction of highly damaging reactive oxygen species, which ultimately leads to programmed cell death. At the same time, changes to metabolism and gene expression towards the production of protectant molecules aim to reduce damage to tissue. Much of this is induced by stress reactive transcription factors (Farrant et al., 2003). 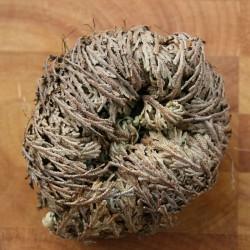 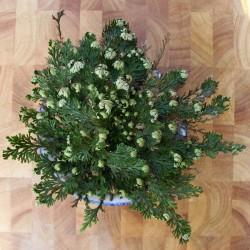 A point of great interest is that many of the genes identified in the response of RPs have also been identified in Arabidopsis and other plant model species, attracting hope that such mechanisms can be induced in agricultural plants for better desiccation tolerance. In fact, Professor Farrant and her collaborators significantly improved resistance in maize plants by inserting a drought-induced promoter from a resurrection plant and coupling it to antioxidant genes. These modifications meant that in water-scarce conditions, antioxidants would prevent damage from reactive oxygen species. Another significant discovery by Farrant et al. established that the genes used for desiccation tolerance in seeds are in fact the same as those used by RPs, suggesting that RPs have evolved to have these genes switched on in their roots and leaves. Farrant hopes to rapidly achieve what RPs took millions of years to do in order to nourish populations in arid climates (TED, 2016).

To conclude, it is well established that global warming will cause increased and extended droughts, but with at least 11 million people in Southern Africa alone facing food shortages due to the worst drought in several decades, the urgency of this threat is undeniable (IFRC, 2019).  While the case of the resurrection plant is arguably at the extreme end of stress survival, and though I have not touched on the debate over GM crops, there is much to learn from such a unique plant.

FAO (2009). The State of Food Insecurity in the World 2009. Economic crises – impacts and lesson learned. Rome.